What is a 3D printer? What can it do?

The 3D printing pen uses ABS plastic, which can 'write' on any surface and even draw directly in the air. It is compact and requires no computer or computer software support. Just plug it in and wait a minute before you start your wonderful creation.
If you can dance your fingers in the air, you will be able to master the 3D printing pen without a teacher. It is based on 3D printing, extruding hot-melt plastic, then rapidly cooling in the air, and finally solidifies into a stable state. Gives you endless creativity. With just a few hours of practice, you can draw amazing gorgeous.
The whole pen is about 180mm in length and 24mm in diameter. It weighs less than 200 grams and can work at 110v or 240v. It is not a children's toy and is not suitable for children under 12 years of age. ABS plastic will first be heated to 270 ° C (may be Fahrenheit, about 132 ° C). Do not touch it during use.
This product uses ABS plastic printing materials used by ordinary 3D printers, which can help people create three-dimensional models of structures in midair. Of course, in addition to allowing users to create their own "Eiffel Tower" artistic purposes out of nothing, it can also be used to repair some objects.
The above is an ordinary 3D printing pen. If it is a biological 3D printing pen, then the function is more powerful. The details are as follows:
Principle:
The "bone brush" works similarly to a 3D printer. It prints out living cells, sodium alginate or seaweed extract layer by layer, and then covers it with a gel. The two layers of material flow out of the pen tip after mixing, and the doctor can "paint and repair" the damaged bone.
The mixture is absorbed by the bones and dried in ultraviolet light. The doctor then builds a layer of cells called a "bone scaffold" and grows nerves and muscles. Researchers point out that bone brushes can accelerate bone and cartilage regeneration.
Application:
3D bioprinters enable human organs to be "printed on demand". 3D bioprinters are invented based on existing technologies that are currently used to make 3D models of industrial parts.
Although 3D bioprinters have already begun to appear in 2010, they are still in the early stages of testing. Two companies, Invetech and Organovo, claim that this technology will be upgraded to produce the arteries and veins required for heart bypass surgery within 5 years Blood vessels, complex organs such as the heart and liver, are expected to be realized within 10 years.
The medical community is very much looking forward to the emergence of 3D bioprinters. Just like the "Da Vinci" three-dimensional simulation surgical robot that appeared before, it will also bring a revolution to the medical community and bring hope to all patients waiting for the right organ.
Scientists say that the emergence of 3D bioprinters can help doctors research, scan and copy the organs needed by patients, and can improve the way medical services are delivered. They believe that the printer can soon be used to create human tissue and completely solve organs in medical treatment Difficult situation.
In addition, the emergence of the world's first commercial 3D bioprinter may solve this problem from the source of market demand, printing biological organs on demand, and the evil of organ buying and selling has ended.

Next：What is air purifier
[Back] 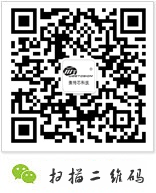